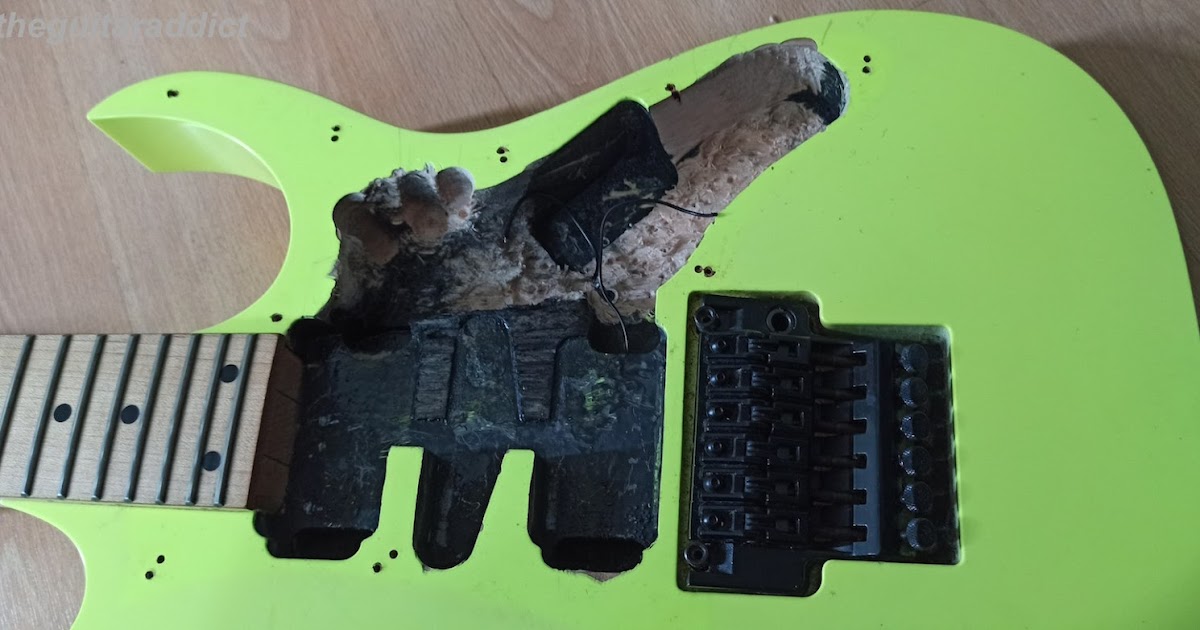 Well, well… what do we have here? Someone bought an Ibanez RG550 from the after-market. The initial owner told the buyer it was extensively modded to accommodate active electronics & a kill switch. The guitar was sold without pickups for a clearance price (whatever amount that was, I wasn’t keen to find out). The buyer then asked me if I can help look into the matter & advise what’s the next course of action. I agreed because I have some spare time at home.
The first thing I did was to remove the pickguard & saw this atrocity – the cavity was excessively gouged out to house whatever electronics that served the initial owner. The tech who handled this might have been Edward Scissorhands because it’s rather obvious from the pic above that improper tools were used to get things done. The unblackened bits there – wood had been removed from the base layer of the cavity to make it deeper. Not a good thing to do because it leaves that area very vulnerable to breakage since it has the thinnest layer of wood to see things through. There were also multiple pickguard screw holes to imply the use of an ill-fitting after-market version.
This is a classic case of under-disclosure; the seller not being upfront in terms of expectations because the rot was not visible since it was hidden by the pickguard. It’s totally OK to sell things as it is – just do your part to disclose the condition. If the buyer agrees to purchase then it would save you from a misrepresentation case which could be unpleasant in many ways.
To be continued…