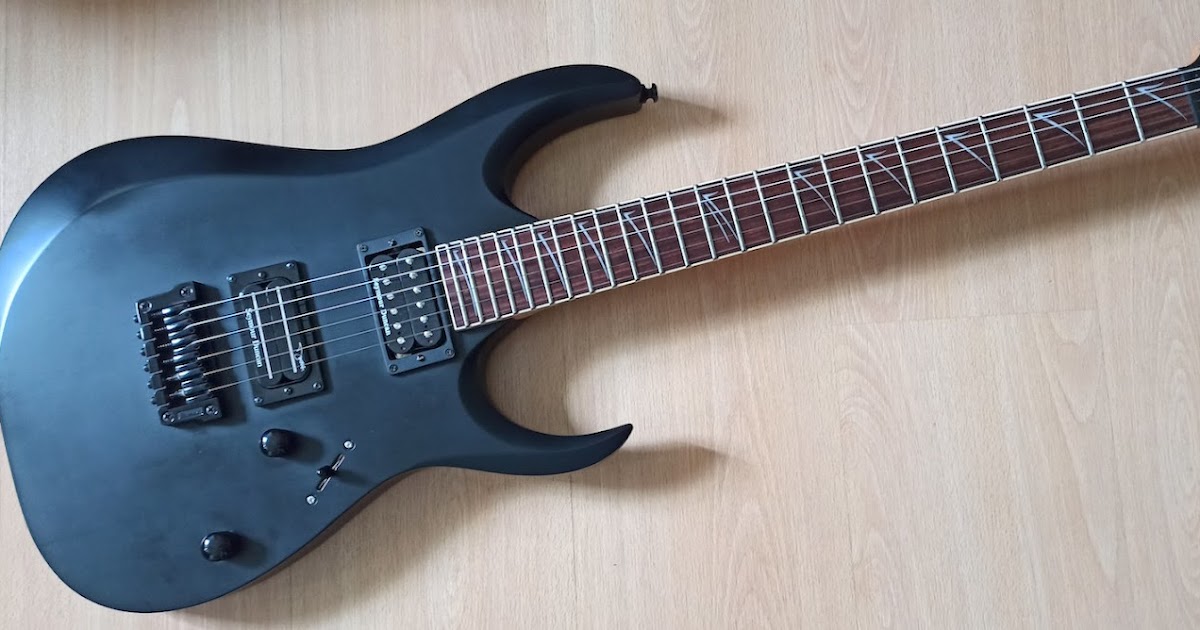 Thought long & hard about it & finally decided to do some mods to this guitar. I believe this guitar is the one most attended to by Beez. The 3-way selector & pots get corroded very fast. I have no idea what’s going on with the internals of this guitar, it’s like there’s a mini seaside atmosphere with salty winds blowing in there & corroding metal parts in no time.

The major make over was the neck pickup; the P-Rails made way for a ’59. The late Dimebag’s pickups in his guitar were a Dimebucker – 59 pair just that his 59 was a bridge version deployed in the neck position. Since I’m not Dimebag, I have no obligations to replicate that set up so I went with an average Joe’s ’59. The reason for doing this – I have a current affinity with lower output pickups & an appreciation for their interaction with high levels of distortion. It’s also one of the best when it comes to a no frills clean tone.
The other mod not seen above – removed the coil split tone pot, making do with a regular version. There’s a lot of flak out there when it comes to the Dimebucker. Many people find it too excessive in the midrange & not an ideal pickup to be had in the bridge position which makes any pickup a little bright in there. So there’s excessive brightness that renders the humbucker ‘useless’ but this is a niche pickup with a peculiar spec by the late Dimebag himself; it’s supposed to sound like that to begin with. Players who bought the pickup in the hope that it sounds like something else were clearly misrepresented along the way. I bought this one in the absolute knowledge that it would be a make/break pickup due to this manifestation. Hindsight told me that it would be a good one with a detuned application since it’s a bright one to begin with. The reason you see it in this RGD321 (detuned to C#) for a long time now (since 2011) is because it works.

This set of Everly B52s was recently discovered in one of my bags & it’s more than a year old. I no longer play 11 – 48 for detuned stuff, I prefer 11 – 49 so this set will be my final experience with a 48 in the low E. The strings are surprisingly still very usable. Bought this one from Davis GMC but they don’t bring this brand in any more.