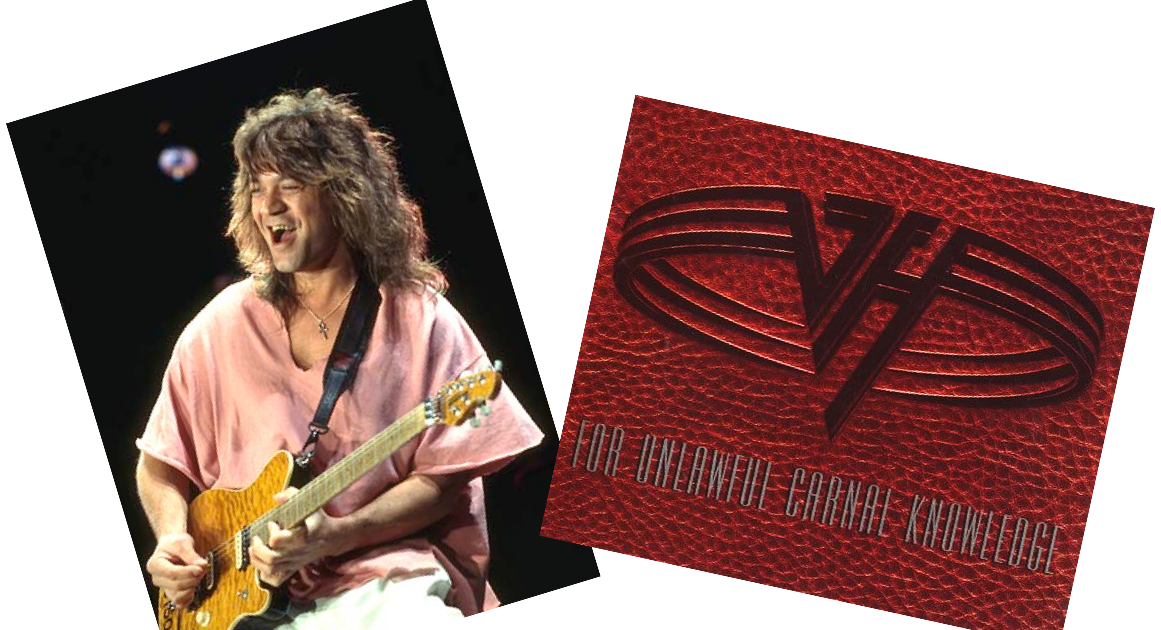 The news of Van Halen‘s passing reached me very early in the morning. We are all early morning people here due to work & school commitments. Even the cat wakes up before everyone else. So throughout the day at work, Van Halen songs were playing in my mind, the images of him jumping up with his guitar – couldn’t help but think of those. Flying Eddie, they call those.

My exposure to Van Halen’s music were not his classic David Lee Roth era hits. I bought For Unlawful Carnal Knowledge in its cassette format to check him out. He had been appearing in countless guitar ads in the magazines I bought back then with the EBMM so he must be someone formidable in guitardom. I was expecting Malmsteen-esque performance & was a little let down after hearing For Unlawful… but kept coming back to the album because the songs in there were all well structured & the guitars fit into each one perfectly; neither excessive nor minimal.
Over the years, I continued to check his releases out & managed to venture into VH’s back catalogue. He has a unique approach to guitar no doubt but nothing excessively shreddy as his guitar content needed to fit into songs unlike the shred soloists in those days; Vai, Satch, et al. I developed a liking for VH’s Sammy Hagar albums and this is a definite favourite: