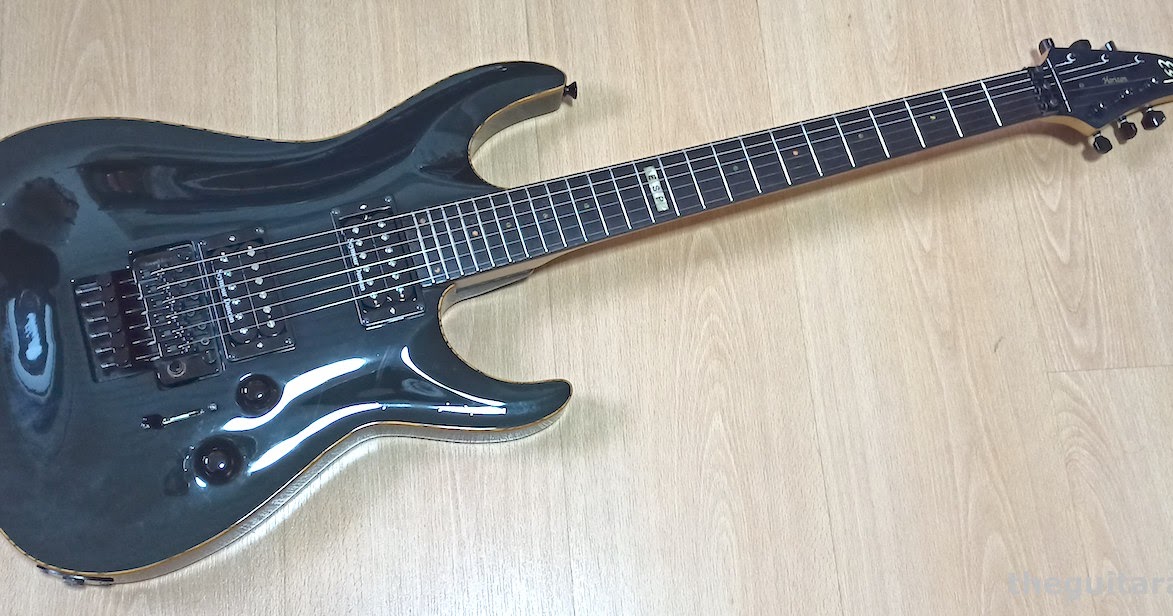 Giving some playing time to my ESP Horizon bolt-on. It’s actually finished in a very dark green hue which could easily be mistaken for black from a distance.

Here’s another example in a dark brown finish taken from an online listing. These were made in 1994 – 1995, listed as the Horizon Custom Deluxe. Unlike its current iteration, this one is a bolt-on version. I did not buy mine in the ’90s. Back then, ESPs cost way too much for the average working person, brands like Aria & Vantage were the go-to budget references. I was still a full time student in the ’90s so this was beyond reach. Davis GMC had a new old stock in their shipment back in 2012 & I managed to grab it just hours after it was displayed in store. The default pickups were ESP’s in-house models & I replaced them with Duncan Distortions almost immediately. The selector was a 5-way & I replaced that one as well; 3-way plus a push-pull coil split option.

Just days ago, Beez did a revival by replacing the dead tone knob.

Here’s my attempt to highlight the green finish by having a green pick there – not quite successful as you can see. Anyway, just glad that this came my way because it’s the only ESP in my line up with an unfinished neck, something that the manufacturer will not consider in the mean time.