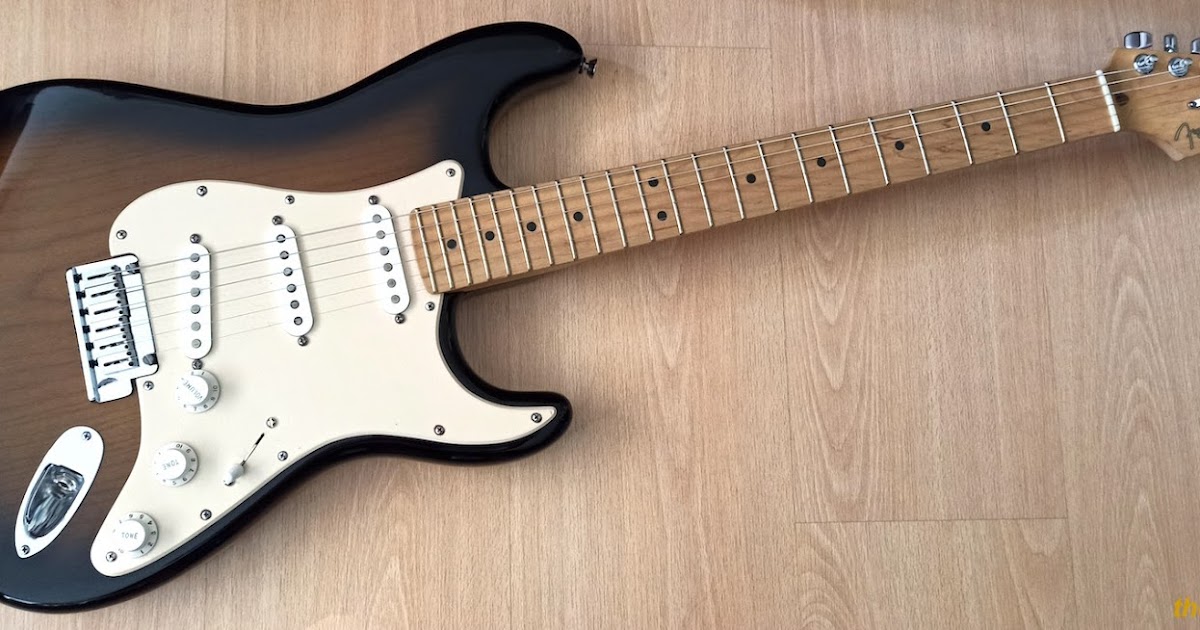 I’m just not that motivated when it comes to Strats but do own a few. Those that really speak to me, I will pay attention to them. It might just be down to the tone – the 5-way pickup options don’t really get me going. I’m only a fan of the middle & neck pickup played in isolation.

This Strat here is Fender‘s 50th Anniversary version marked by that neck plate. It has an ash body with a single ply pickguard which I really like. I bought this in 2005 at Swee Lee‘s BB branch. When the 50th Anniversary models were released, they came in three versions: American Vintage / American Deluxe/ American Series. I chose the American Series because at that point in time, I could only relate to contemporary Strats with ‘normal’ features. The Deluxe version had gold hardware which was a put off for me (till today, I don’t fancy gold hardware on any guitars). The Vintage version cost more than the other two so it was out of my consideration. I find ash-bodied Fenders to be very prominent in its bottom end despite its more reduced midrange overall resonance. This is only obvious if one dabbles in excessive overdrive. In clean mode, the guitar sounds clear without being excessively trebly.

Ironically, the PRS Silver Sky re-kindled my interest in a 3-single coil guitar. Unlike the Strat, the Silver Sky offers a 5-way pickup combination that is attractive in all positions. I think it’s down to the PRS-John Mayer philosophy of making the instrument likeable regardless of the pickup(s) in use. Oh, well.