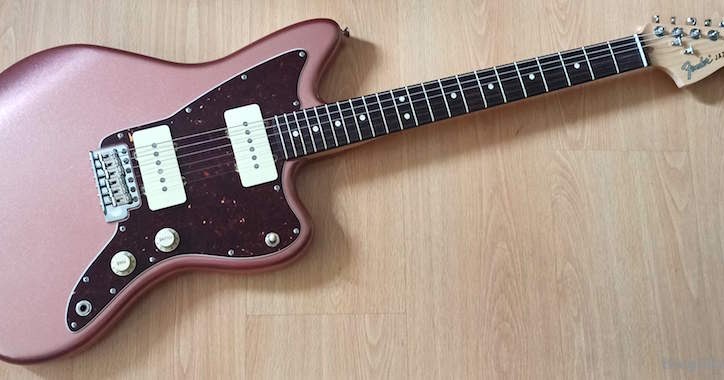 I talked to someone a few days ago regarding having good single coil tones in the neck position. I specified a beefy & rather treble-ish response. If there’s any P-90 in mind, maybe that learned person could rattle some recommendations. His outright response was that P-90s won’t give that kind of tone in the neck. They tend to mud-out for that wooly tone which is the reason why Gibson favour them in their early hollow bodies. He was right.

I have no issues with P-90s in the bridge but in the neck position, it needs more bite for solos. My best reference for a P-90 neck tone along this requirement would be my Seymour Duncan Phat Cat. This pickup isn’t quite a P-90 but it’s very close to something else which I could not pin-point until this morning.

This morning was a morning with my Jazzmaster (above – American Performer Jazzmaster). This is the kind of single coil tone I favour; thick & treble inclined. It doesn’t wool-out for that Les Paul-esque woman tone pioneered by a certain Eric. Nothing jazzy transpired this morning. Instead, I’m still after that crunchy tap tone which I believe only a single coil could champion. How about the standard, Strat single coil, wouldn’t that solve everything? Not for me; it’s twang excessive. I’m moving away from that tone but still staying in the non-humbucking territory.