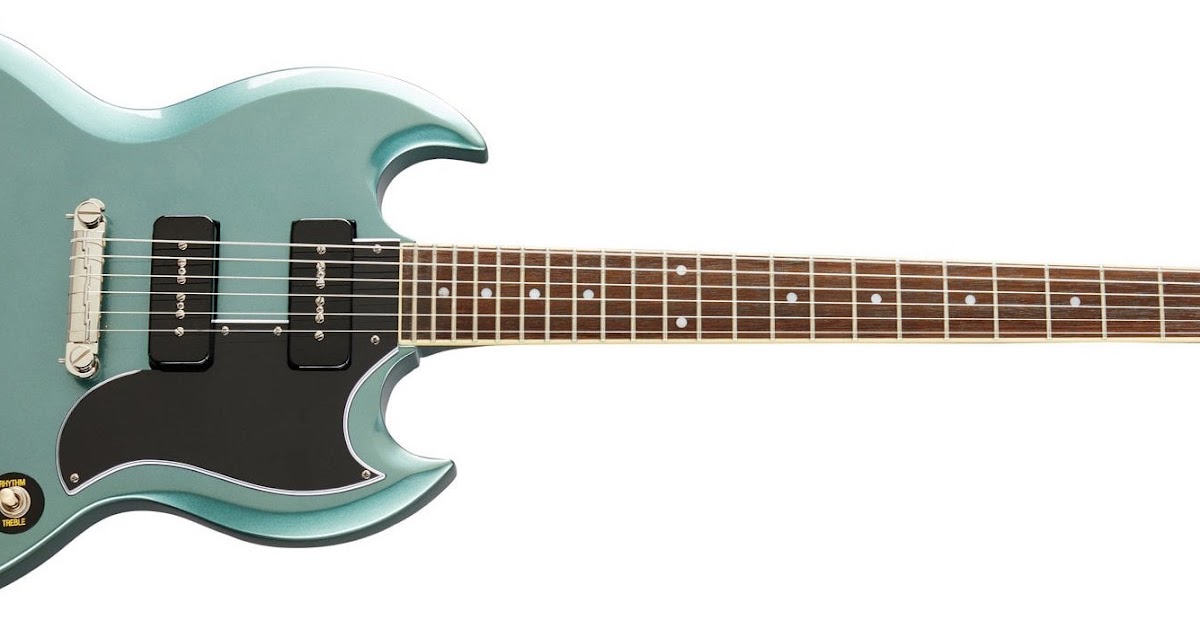 As Epiphone continues its Gibson affiliation, many of us would resort to this brand name as a close alternative to the real thing. This is especially applicable as Epiphone, with effect from 2020, offers its lineup of instruments with very close reference to its Gibson counterpart; whatever Gibson offers, Epiphone has its version of things. Will this SG Special offer a close consolation for those of us on a tight budget?

The 2020 highlight for Epiphone as a whole is the revamped headstock design. More accurately, it’s a return to familiar grounds as opposed to a re-think. Epiphone offers a Gibson-like open book headstock outline referred to as the Kalamazoo version. The entirety of this SG Special is based on the Gibson SG Special so no major departure less the P-90s. Epiphone decided to stick to the original ‘60s design by placing the bridge pickup a little away from the bridge. The Gibson iteration has it closer so plus points to Epiphone for preserving heritage. The overall construction & fitting of the review model is impressive only two unfavourable highlights to be covered here. Firstly, the tuners are not that responsive. In fact, half of them are stiff. Understandably, at this price point, a budget set is used. These will get you by but they might invite frustration. Secondly, one of the hardtail stud inserts was not inserted flushed to the body surface. If you do not venture your scrutiny into these details, you won’t notice this but it’s worth mentioning to highlight the standard of a non-Gibson instrument in this case. Other than these two tolerable concerns, the instrument lives up to the above-average standards of QC, not something that could be said of an Epiphone maybe five years ago so it’s a good sign.

Neck dive. That’s right, it’s the initial anomaly that I have to deal with when playing this guitar (was in a sitting position, strap-free). The neck profile is rather inviting – a 60s-esque carve – but not as slim as the Gibson version. It’s also not as sticky compared to some lacquered Epiphone necks that I have tried in the past. If there’s a switch in the brand / formula of final coat used then the difference is felt. No fret sprouts on this particular example either but the action was a little high on the treble E side – 2.5mm off the 12th fret. It’s an unnecessary clearance here unless the intention was to use the guitar for slide applications. It was lowered by the tech at the store upon request.

Folks, the P-90s here, despite being a furious single coil manifestation are surprisingly not as noisy as expected. I plugged this into a BOSS Katana 50 with the overdrive and boost features both engaged. There’s a background hum for sure but it’s not as bothersome. A little digging into the specs revealed wax potting so Epiphone bothered to do this to an instrument in this price range; it speaks a lot about attention to details. The overall tone is also impressive with clear note definition in both positions but the neck P-90 has that rounded top end that will impress those chasing after wooly tones that go well with high octane fuzz; not for solo inclined shredders, definitely. In clean mode, these P-90s are wonderful despite lacking the level of midrange warmth but bear in mind, these are in-house Epiphone units. Finally, chords past the 12thfret are a little tricky when it comes to intonation. If you are interested in this guitar & your life depends on chording at this part of the neck, be prepared to either be really patient with re-intonating the guitar with a bridge unit devoid of intonation saddles (the intonation adjustment screws at the stud ends might work) or spend money to invest in a replacement unit.

My Epiphone experience in the past are few. I’ve tried some along the way & stopped trying them altogether because they fell short of some expectations. Epiphone in the past are immersed in its own engagements, simply riding on the Gibson affiliation save for some signature models which were really impressive. The ones offered today under the inspired by Gibson banner are something else. I’m not advocating a leap in quality & details but they have moved some notches up in this aspect. This is a positive reflection of Chinese craftsmanship. The SG Special in this review is a value for money instrument. I spent time discovering its sonic properties as opposed to weeding faults out. If you are a fan of some SG & P-90 goodness & don’t care much for the Gibson insinuation, this SG Special is worth it.