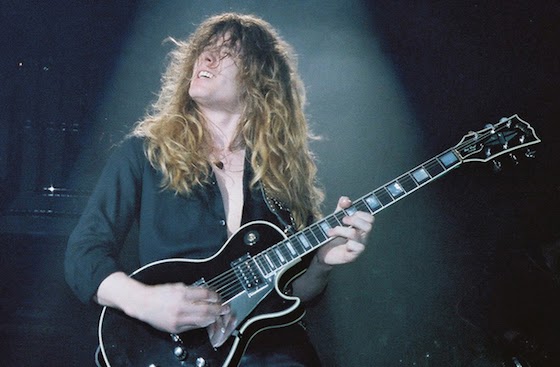 If you know John Sykes, you’re most probably a Whitesnake fan or you’ve been checking out the band’s history. John Sykes is most often seen with his preferred Les Paul, a ’70s black custom he continued using during his Thin Lizzy stint. That era saw him modding the guitar to feature chrome / silver-esque parts that became his signature feature.

Edwards did a take on the afore-mentioned Gibson. Specs are close to the original instrument less some good tweaks; ebony fretboard, Seymour Duncan JB/59 pickups, among others. This guitar, the E-LP130CD-JS to be precise, is a good mid-priced Japanese-made instrument. I wouldn’t say it’s a Gibson LP Custom on a budget, that would be disrespecting this instrument of notable pedigree. It’s a good Japanese singlecut guitar in terms of build, great playability with a substantial neck feel & that tried & trusted Seymour Duncan tone. It won’t sound vintage-esque for sure but great tones are definitely available on tap. It’s available on/off at Davis GMC, if you are interested, it’s currently in stock (List: $1,450). I’ve been keeping track of this guitar for a while in terms of price fluctuations & must say that it’s been stable from the start; it never crossed the current listing & did go for a little less in one of the previous shipments.