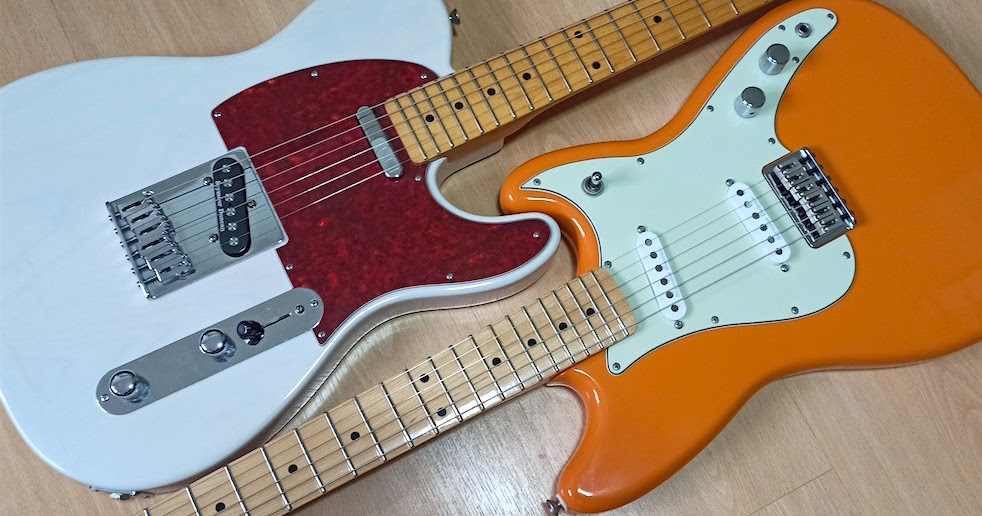 This happened last weekend. I actually prefer a dual single coil feature in a guitar which is not a Strat. In the Fender range, there are a few selections, the Telecaster being the most celebrated amongst them. The rest are in Fender’s offset range.

The Tele offers that unmistakable twang that’s a winner for country music applications more than anything else. And then there are prolific Tele champions that removed the instrument from that country  exclusive domain – Albert Collins & Danny Gatton, two of the best Tele purveyors who had sadly left us. Personally, I don’t pay too much attention to the Tele twang, I set mine up for high gain stuff but keeping the pickups strictly single coil. My American Standard Telecaster is the only one with a humbucker in the bridge (Seymour Duncan Hot Rails) & I do not intend for it to leave its residence as I hear a wonderful, scratchy bridge tone, the kind of abrasive distortion that’s very suitable for black & doom metal.

Moving on to the offsets, I used to dislike them for their shorter scale length until I heard a friend’s Jazz master in action. Two things: 1) Those Jazzmaster single coils are really something 2) The Jazzmaster is a 25.5″ guitar so it didn’t put me off like its other offset counterparts. It triggered me to listen to Dinosaur Jr & I must say that the Jazzmaster pickups are some of the best when it comes to high octane fuzz applications. Then Sonic Youth & My Bloody Valentine got onto my listening pleasure as well & I moved on positively from there. Along the way, I became more agreeable with the other offsets after swallowing some pride & invested in a Mustang. It’s all about familiarity & tweaking some details that suited my quirks.