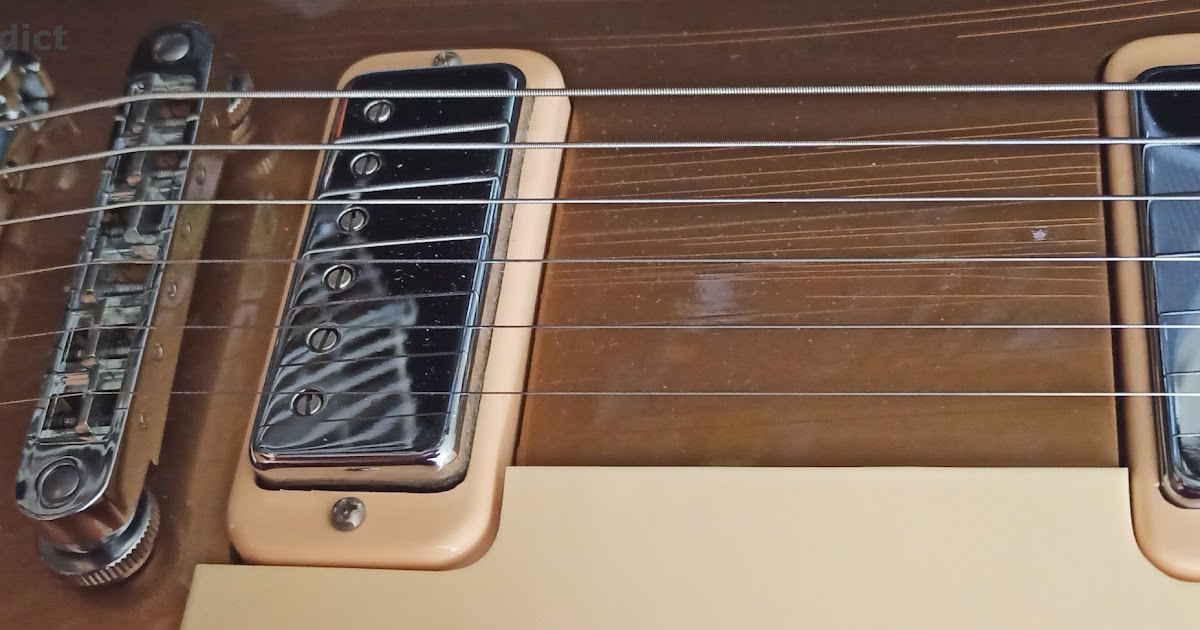 Greetings, folks. How’s the Monday going so far? I think I’m the very few people out there who likes Monday because I feel good seeing others trying to pick themselves up & limping to work. He, he… Anyway, I’ve decided to document this here as an attempt to understand the Mini Humbucker (MH) better having heard it in action personally.

Contrary to popular belief, the MH is not as fat-sounding as the standard humbucker. People tend to make this assumption conveniently because the pickup is fundamentally like its bigger brother. When the MH began life in the mid-1950s, we note the popularity of Filter Trons back then. This was the standard &  Gibson’s Epiphone division was happy to keep things status quo in terms of dimensions for commercial reasons. The MH differ from the ‘Tron because it features only a single row of pole pieces, the other, a blade row which is obscured by the metal cover. The other thing to note is the fewer windings round the bobbin resulting in that signature, bright, under-wound tone. Signature because the tone manifested is in between a P90 & the standard Humbucker. Bottom line – it sounds different. It is also the brightest in this line up so if you think it would push some meat just because it’s conceptually a humbucker, it’s not like that at all.

After putting the MH through many settings, I am of the opinion that it is the best pickup for extreme fuzz tones. It maintains clarity & definition, something the standard humbucker is very poor at doing. The HM in my LP Deluxe sounds more like an SG than an LP. It’s just very bright sounding & in need of more bottom end for many musical applications. However, I embrace this very trebly, piercing tone for black metal. It just screams Dark Throne & Burzum – that angry wasp buzz totally devoid of soulful embrace, damn! OK folks, I’m leaving you here with the live version of Thin Lizzy’s Jailbreak where you can hear both the standard humbucker (Brian Robertson, left channel) & mini humbucker (Scott Gorham, right channel), note the sharper tone of the latter: